Mobi 1000: Indcar reaches one thousand units of its Mobi range

Indcar celebrates in Romania the manufacture of the unit number 1000 of the Mobi range. Since its very beginning in 2013, Indcar Bus Industries specialized in the manufacture of Mobi models. The range has different vehicles, which cover school, urban and interurban solutions.

The Mobi range was born in 2013 as a response to the need to create a simple, high-quality, low-cost urban minibus for the operator. The first unit left the facilities from Romania in October of that same year. And since then 1000 units were manufactured.

The Mobi range has been growing year by year in sales, and has accounted for 65% of Indcar units in 2019. The latest success of this model is the award of the largest urban minibus contest, which Indcar has won by developing the new Mobi City L7 model, a shorter and class I version of the well-known Mobi City.

All models are built on Iveco Daily 70c18 chassis, 180 hp. The range consists of 4 different models, with more than 13 versions and many distributions. The unit number 1000 is a Mobi City L8, 8 meters long, with lowered rear suspension. The unit will go to the Italian market, more specifically to its capital, Rome. Romana Diesel and Cialone are the customers of this unit, out of which a very special delivery will be made in order to celebrate this milestone in the history of Indcar.

The reliability of the range is strengthened with these 1000 units built in less than 6 years. A range that has been growing year by year, adding different models, such as the City Low Entry, with lowered front and rear suspension, or the new gas engines that will be launched soon.

Indcar’s commitment to this range has been supported throughout the European market. Countries as diverse as Greenland or Italy have Mobi units that move through their cities, demonstrating that it is a very versatile model that adapts to many different circumstances. 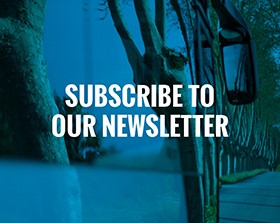